The Lithgow Valley Community Cinema part of the Lithgow Valley Film Society was formed in December 2002. It is a registered member of the Victorian Film Societies. The cinema primarily uses 16 mm and 35 mm film projection however recent screenings include digital projection. The society’s patron is Mr Andrew Pike. OAM. 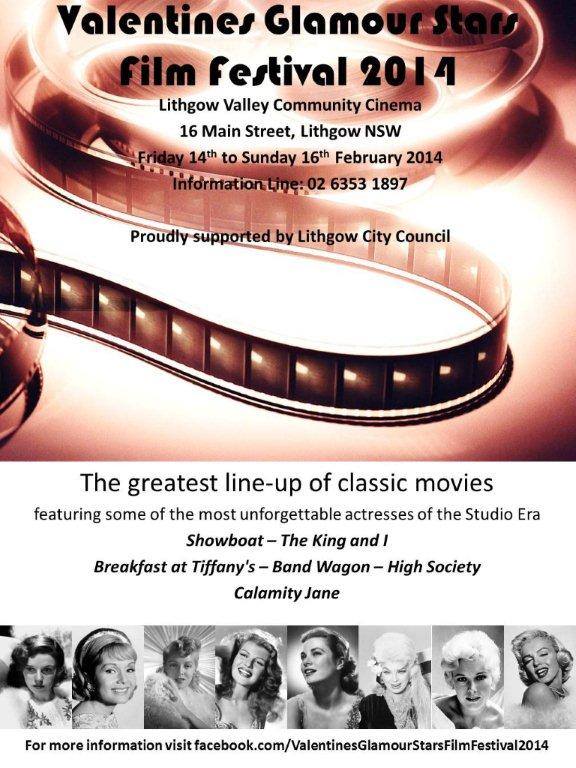 Mr Adams, the Film Society co-ordinator, said  in an interview with the Lithgow Mercury in March 2012, that since 2002 the society has become an important part of the social scene in Lithgow — ‘a town without a commercial cinema’.

Persons wanting more information on the cinema can contact the co-ordinator on 6353 1897.

This voluntary non-profit community cinema screens movies from Classics to new releases on the 1st and 3rd Fridays at 10.30am; 1st and 3rd Saturdays at 7.30pm.

Some Sunday sessions at 1.30pm.