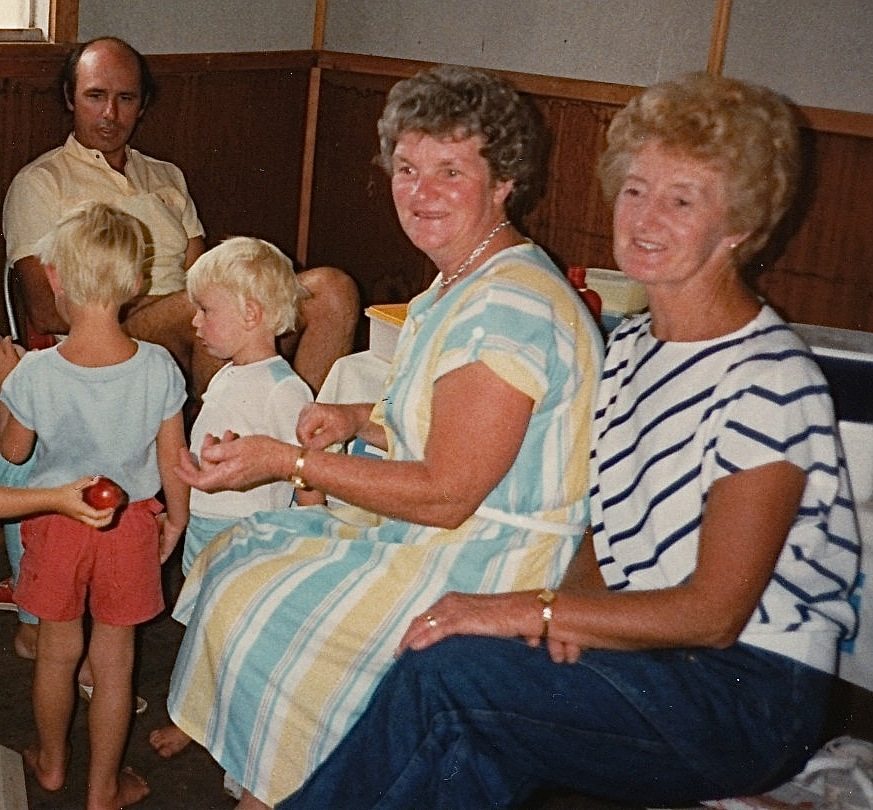 At the Hartley School Reunion of 1986

Valma Josephine Webber was born on the 17 June 1924 in Cowra NSW to parents Jack and May. Val had a very happy childhood with her sisters Daph, Lois, Colleen and baby brother Robert.

The family moved to Mt Victoria and Val attended school in Katoomba.

She spent some of her early working days at David Jones at Katoomba and later the Holly Lodge at Bell.

Val met a dashing young man named Neville Alan Morris and the rest as they say is “history”.

They were a gorgeous couple who some described as ‘very handsome’. They were beautiful dancers and could often be seen floating around the dance floor at many local dances. It was truly a sight to behold.

Val and Nev married in July 1946 and had two children a daughter Vicki and son Jeff.

They family had a simple and very happy life at Hartley where Vicki and Jeff both began their schooling. Nev worked on the Railway and then later at the Small Arms Factory. Val spent the majority of her working life at the Drycleaners where she knew everyone and everyone knew her.

As part of the Morris family they were among the first pioneering families of the valley – a fact of which her family are very proud. She was the last remaining of the early residents.

They spent a lot of time with both the extended Webber and Morris families and enjoyed many a fun filled occasion. This huge family network on both sides meant there was always a visitor or someone calling for a cuppa.

The family then continued to grow with the arrival of her much loved Grandchildren Lia, Jason and Daniel.

The family activities were centred around Hartley – everyone has fond memories of Val and Nev’s little house. They were Aunty Val and Uncle Nev to so many people who weren’t related but in their eyes, might as well have been.

They had a basic home but Val never complained. You had what you had and you were lucky to have it. She was tough and a hard worker.

Later in life after Neville had passed away, Jeff was quite often catching Val swinging the axe splitting wood – this into her 80s. Jeff had to then hide the axe, much to her disgust, because of course, she could still do it.

As we all know Val was very definite in her opinions and there were several subjects that the family soon learned to avoid. If these subjects were mentioned you knew a fierce argument would ensue and no matter what your opinion and how many relevant points you had – let’s face it – you would be wrong.

Queensland footballers and any food that wasn’t Dick Smith brand were just a couple of subjects that all would avoid. To this day Alfie Langer is known ‘as that little bread boy’. Alfie had done an ad for Tip Top bakeries so that was it. No longer would his actual name be mentioned.

She had an obsession with glad wrap – if you left a bowl or container at Val’s you knew that it would be returned with layers of glad wrap and no doubt had been washed up in scolding hot water that most of us wouldn’t be able to stand.

She had much joy in showing anyone who would take notice that she could still touch her toes and was capable of swinging those legs in the air to touch her outstretched hand………..a complete show off!

Val was well known for being impeccably dressed and groomed. She could be seen striding through the shopping complex with her high heels at such a pace that if you blinked you would have missed her.

The high heels became a problem as she became older, she started to have a few falls and Jeff and Barb quite often received a phone call from the staff at Blooms chemist that she had had a buster….but as all of you would know…..those heels were not going without a fight.

Val was also known for getting things just slightly askew, talking about music one day she kept referring to Moonlight Grease that she had seen on television and luckily the family spoke ‘Val’ and soon worked out that she was referring to Midnight Oil. Or when grandson Daniel did a spate of acting, appearing in Heartbreak High, Val was happily telling all that he was in that show ‘you know High School Romance’

Val was known my many names, Val of course, Valma, Valderie, Mum, Nan, Grey Nan, Great Nan, Aunty Val or ‘the friendly woman’ by Nev when he had been in trouble………which was often.

She was known for her boundless energy and speed at which she did everything. Neville had often stated that she was the only woman he knew that could get in and out of the door before it closed and the only person he knew who could turn out the bedroom light and be in bed before it was dark.

When Lia and Steve, and Jason and Jane had children she was over the moon. She adored her great grandchildren Sam, Mitch, Zoe, Evie and Will.

Sam and Mitch knew she was a soft touch for a cup of tea and she really didn’t mind how many Minties they took out of the jar. After all she really only bought them for the kids anyway.

She would’ve loved Daniel and Tonneal’s children too when they eventually arrive. And let’s face it Dan, where Tonneal was concerned she thought you were dragging the chain.

She was forever trying for force food on anyone who called in and we would quite often leave with a full belly as well as a packet of biscuits or a block of chocolate – whether you liked it or not.

Not one of you who knew her would question her feistiness and we have sat back and wondered this week if Heaven really knew what they were in for.

She will have them sorted out by now anyway. One thing is for sure they will all be going to bed when they are told…..We all did!

This Life of Aunty Val Morris was written by Lia Jennings, Val’s Granddaughter, and presented by Val’s niece, Julie Wise, as the Eulogy for her funeral at St Bernard’s Roman Catholic Church in Hartley Village on Monday 27th July, 2015.

Val died peacefully at Three Tree Lodge in Lithgow on 18th July, 2015, and is remembered here as one of the outstanding personalities of the Hartley Valley. She lived to 91 years of age.

Many thanks to Aunty Val’s family for permitting her story to be told in this way. 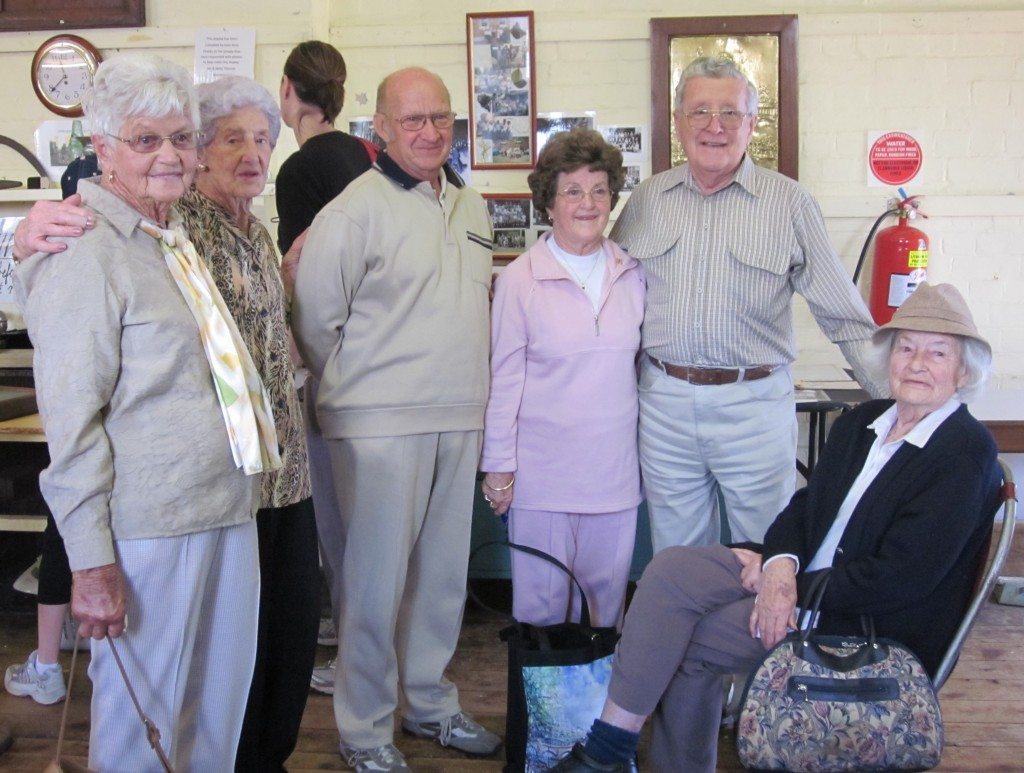 at the 2010 Hartley Big Back Yard with Dot Corney, Ian & Betty Thomas